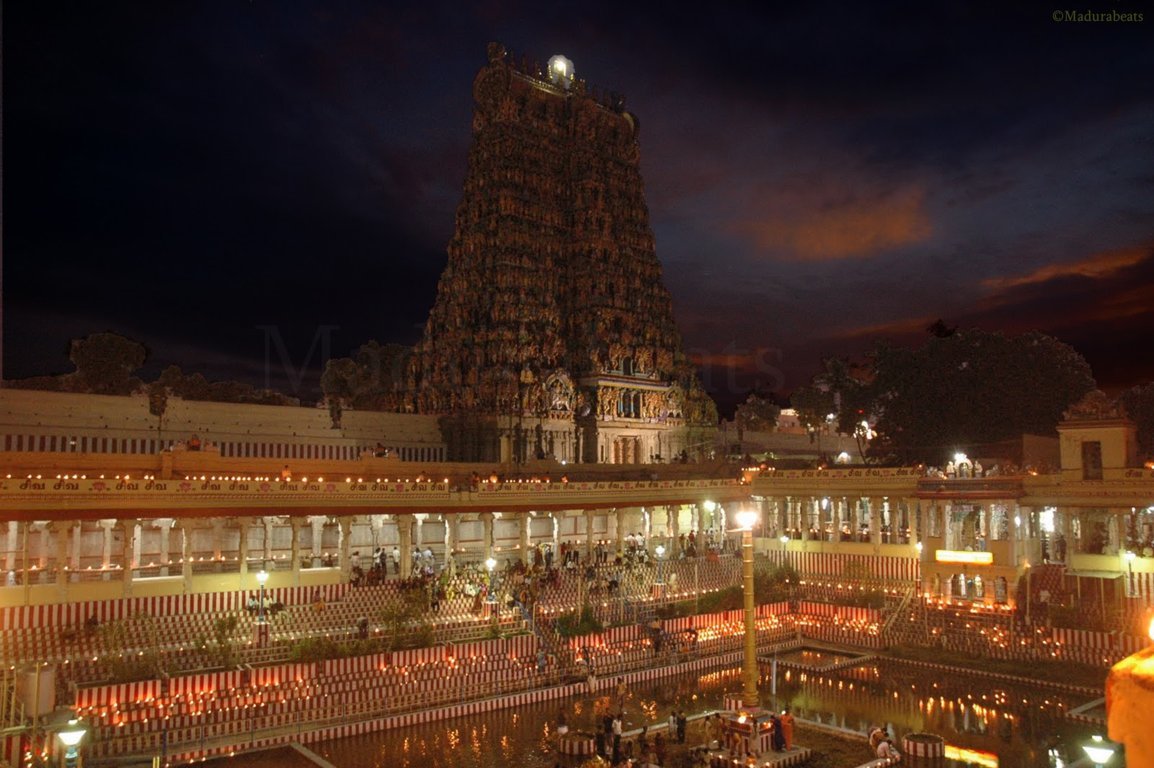 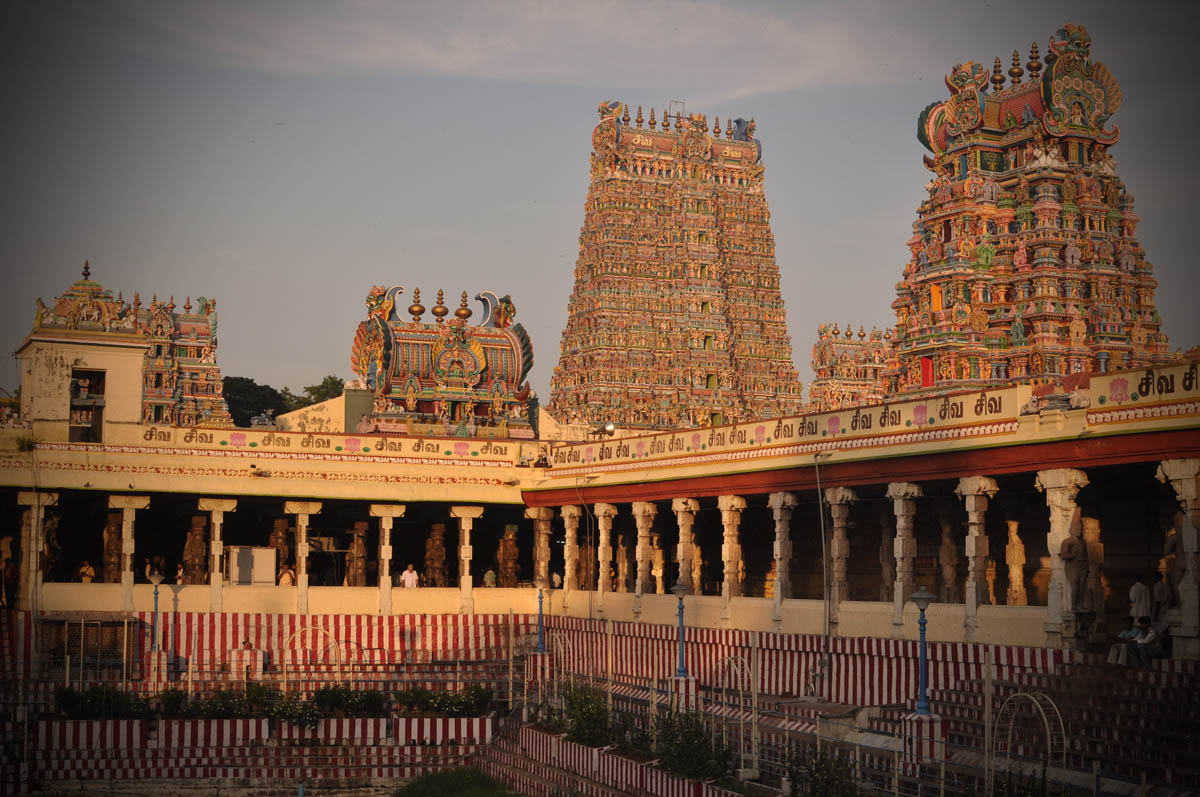 
If Tamil Nadu is the seat of South Indian temple architecture, the Madurai Meenakshi Amman Temple is its crowning glory. The temple structure with its concentric squares and high walled enclosures is a lesson for students of architecture. The temple is square shaped and a series of concentric streets with names from Tamil months surround the structure. The entire temple occupies around 45 acres, with each side having an entrance of its own. Madurai Meenakshi temple's history is as old as the history of the city itself. 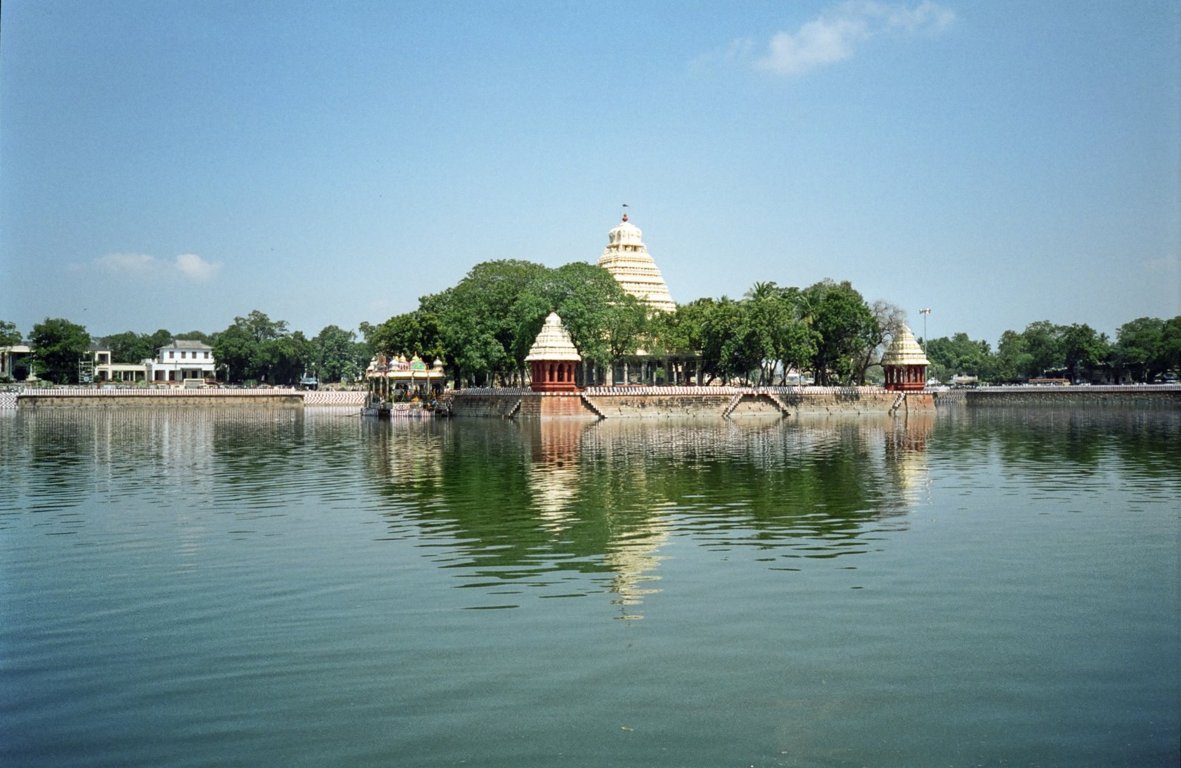 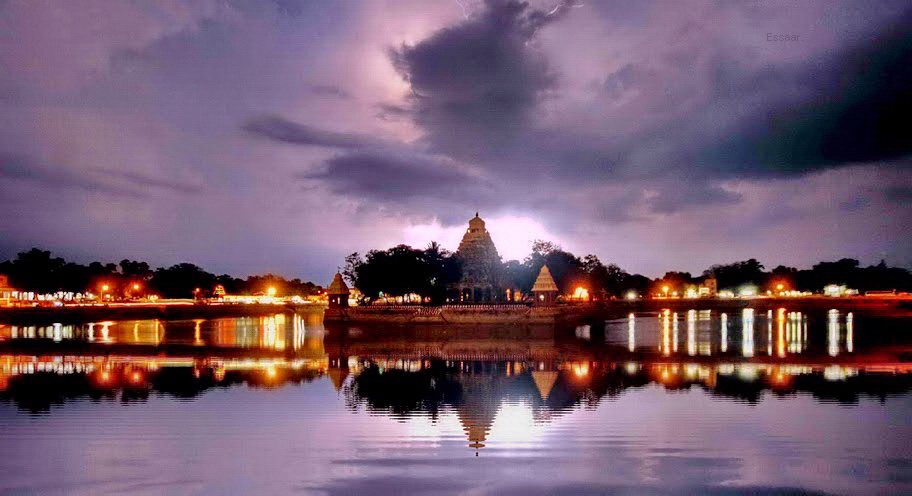 
Vandiyur Mariamman Teppakulam is situated at a distance of about 5 km from the Meenakshi Amman Temple. The area of the tank, and the island pavilion with a garden in the center, is approximately equal to the area of Meenakshi Temple. It is one of the largest temple tanks in South India and gets water supply from the Vaigai River. There is a Vinayakar temple situated right in the middle of the tank, which is dedicated to Lord Vigneshwara, the Elephant-faced God. 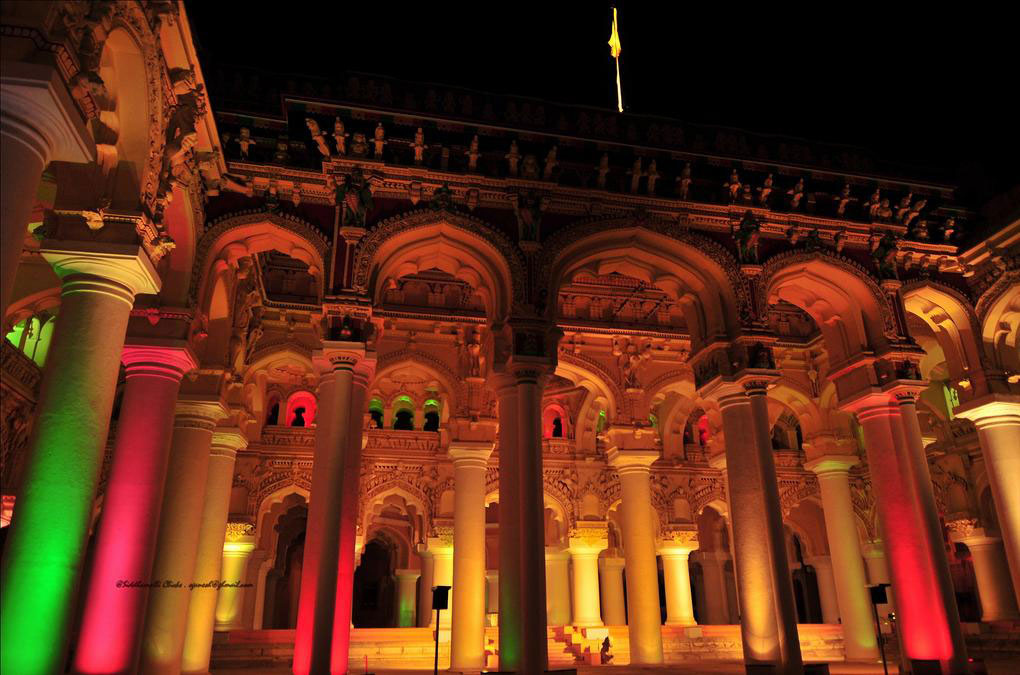 
Thirumalai Nayakar palace is one of the important palace which was built by Thirumalai Nayaakar in 1636. The paintings, carvings and designing of the mahal shows the amazing talents of the nayak kings.This mahal has 248 pillars of each 58 feet tall and 5 feet in diameter. The gigantic pillars and paintings of the events that took place before, the ethics impress ourselves and takes us to the 16th century. There is a dancing hall and a courtyard at the center of the mahal. Timings for daily Sound and light show: English at 6.45 p.m, Tamil at 8.15 p.m 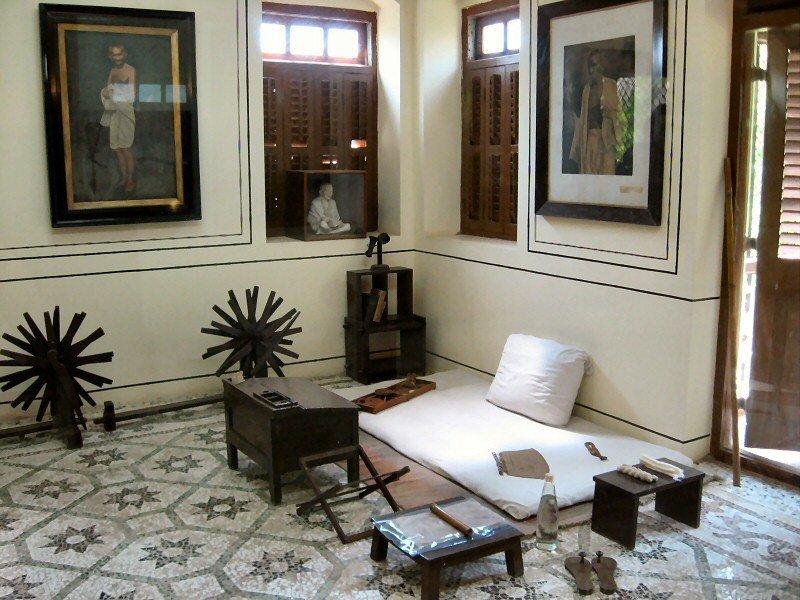 
The building that houses the Gandhi Memorial Museum, Madurai is the historic Tamukkam Palace belonging to Rani Mangammal of Nayak Dynasty built about 1670 A.D.Later, This was under the occupation of the Nawab of Carnatic, the East India Company and a few others. Finally the Palace had remained for many years as the official residence of the British District Collector of Madurai, It was in 1955 the palace was gifted by the Tamil Nadu State Government to the All India Gandhi Smarak Nidhi for the purpose of housing Gandhi Memorial Museum. 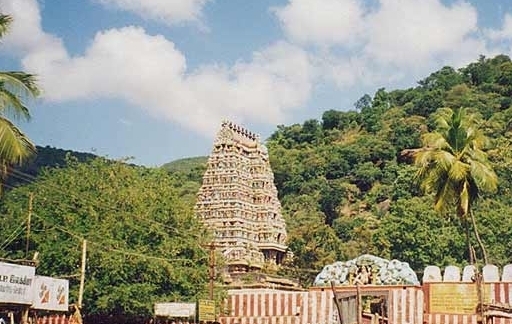 
In Alagar hills lord 'Thirumal' is located in the name of 'Alagar' and so it is called Alagar hills. This Vaishnavite temple has the unique reputation of the lord's revelation to the Pandya king Malayathuaja Pandian and Dharma Devashai. The episodes of Alvars have added to the honour of the temple. One hundred and twenty three vaisnavite hymns describe the glory of the temple. 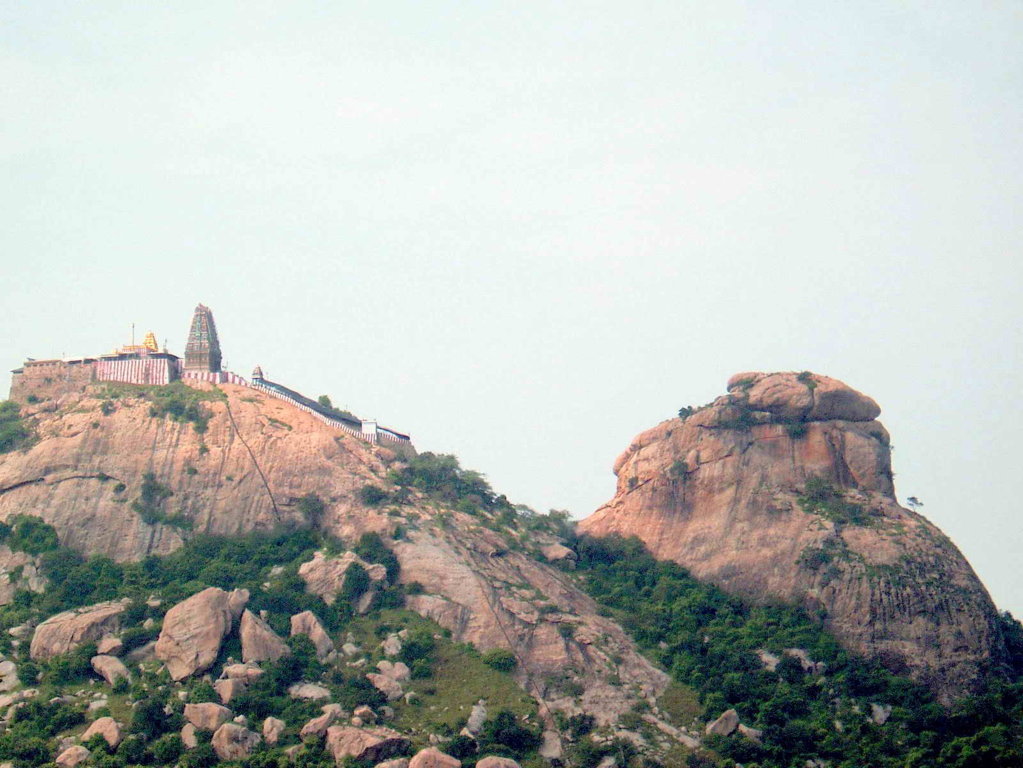 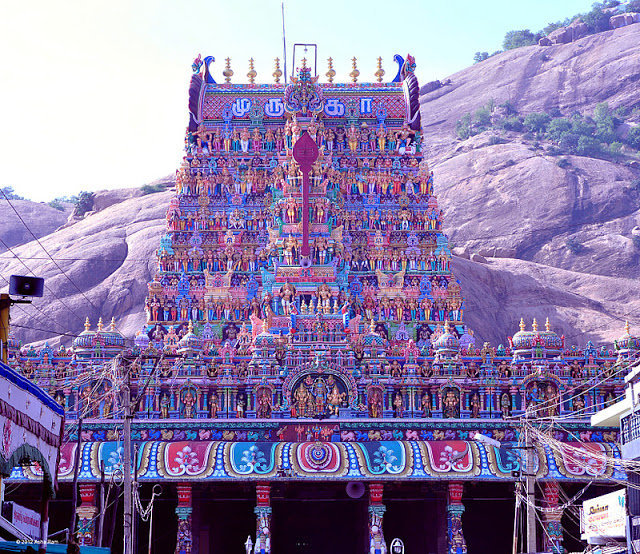 
Tiruparankundram is an important landmark. This is a hill-temple (1050 feet above sea-level) carved out of a hillock. The principal deity is Lord Murugan, along with other deities of Shiva, Parvathi, Kali (another fierce-face of Parvathi as Sakthi); Thiruparankundram is considered the first of the Six Abodes of Lord Murugan., Lord Murugan is the favorite deity for many. You would have noticed Murugan Temples being established, wherever Indians live in foreign countries from US to many European, Asian and even African countries.